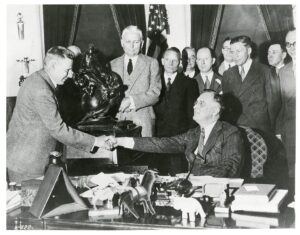 Mr. Caldwell’s many contributions to aviation in propeller technology highlighted by his winning with
Hamilton Standard the […]