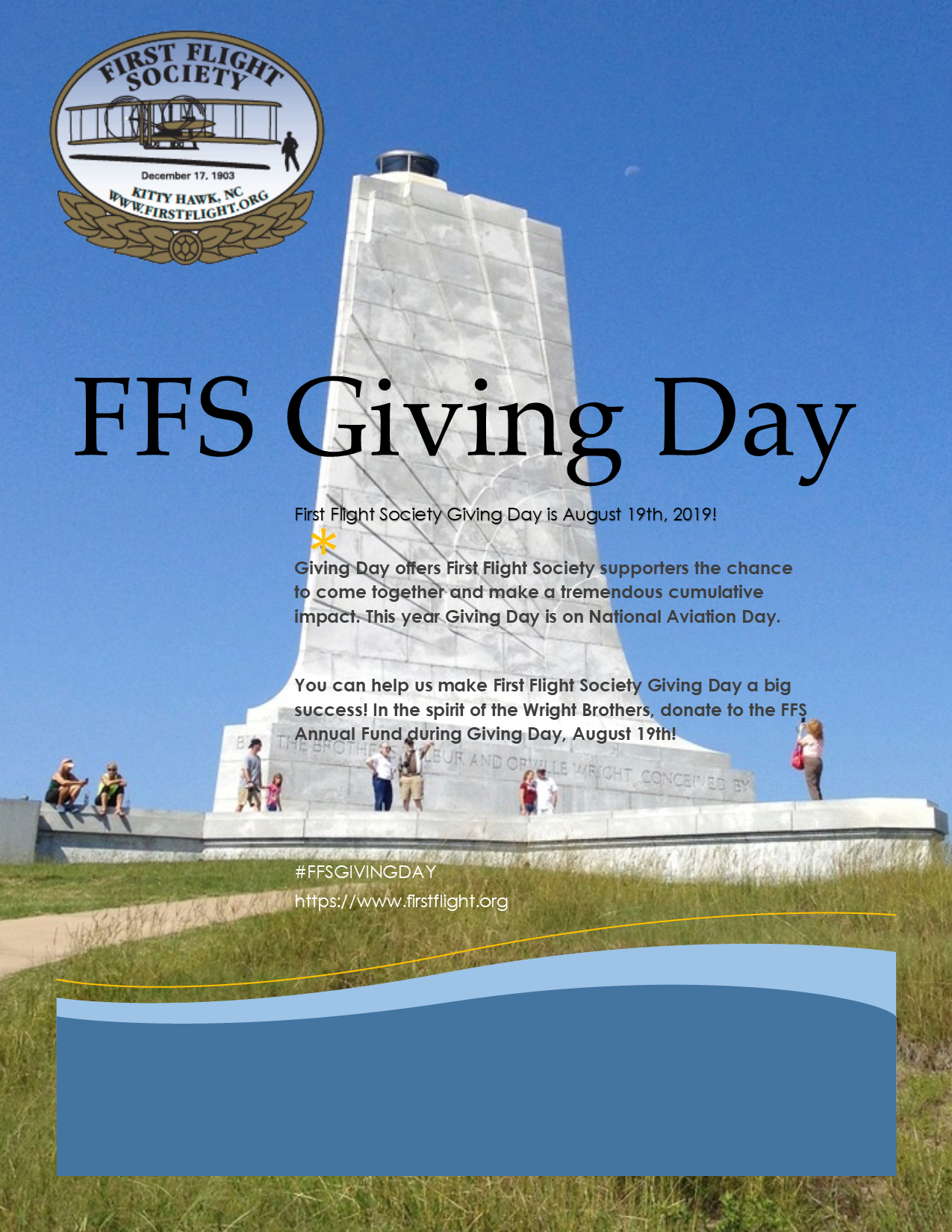 For 24 hours, sponsors, supporters, members and friends will come together and make a powerful statement of support for the First Flight Society’s mission to raise public awareness of the origin and future of aviation. Gifts to the First Flight Society Annual Fund on Giving Day make a lasting impact on the FFS and its programs.– to ensure future generations are educated and able to celebrate the lasting legacy of the Wright Brothers!

We have had an exciting year so far, but we have more exciting events and announcements coming! 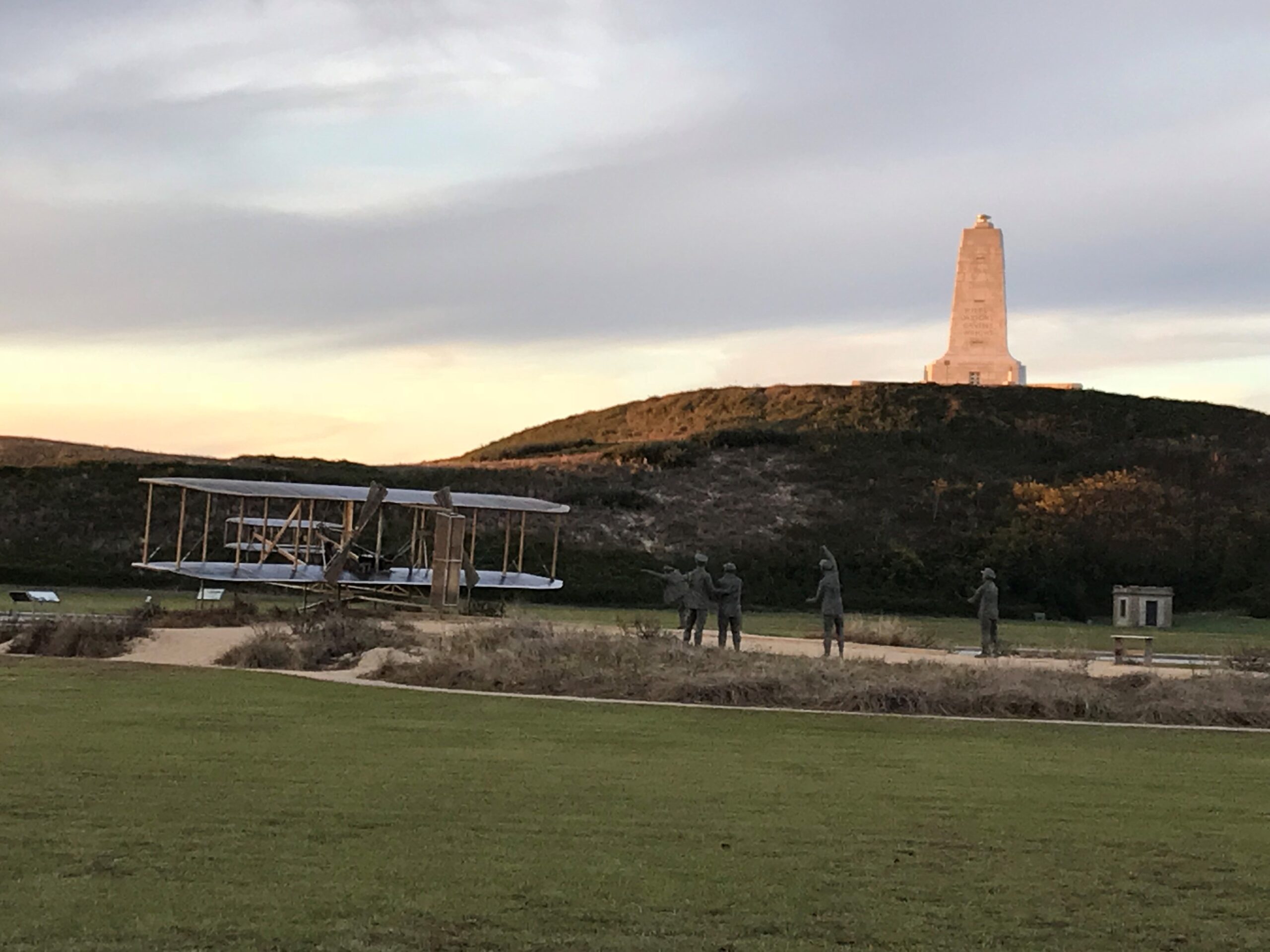 Thanks to Everyone Who Came By On National Aviation Day.

We would like to thank everyone who came by our table today. Thanks for celebrating National Aviation Day and Orville Wright‘s birthday with us. The First Flight Society was glad to give out stickers and information about our organization. Perry, Jack and B.J. were excited to talk with all the people who took the time to stop by.

Make sure to join us for a more extended celebration on Saturday, September 29th for the Reopening of the Visitor Center at Wright Brothers National Memorial.

Here are photos from National Aviation Day at Wright Brothers National Memorial in Kitty Hawk, NC on Saturday, August 19th, 2017. First Flight Society would like to thank all the participants, volunteers and spectators who joined us for a beautiful day at the park!

Wright Brothers National Memorial and the First Flight Society invite you to celebrate National
Aviation Day on Saturday, August 19, 2017. The park will be open from 9:00 am to 5:00 pm and
entrance fees will be waived for the event. The opening ceremony will begin at 9:45 am at the large
covered tent south of the temporary visitor center. This special event will provide opportunities
to explore aviation from the time the Wright brothers first took flight through modern aviation and
space exploration today.

Be sure to join us for a very exciting day on August 19, 2017 at the Wright Brothers National Memorial Park!  The First Flight Society will be celebrating National Aviation Day.  In addition we will commemorate Orville Wright’s 146th Birthday, and the 75th Anniversary of the Civil Air Patrol. There will be activities for young and old.  Local military and aviation organizations will be represented, but you don’t want to miss the highlight of the day when U.S. Coast Guard aircraft and WWII T-6 Trainers provide a ceremonial FLYOVER.  Come out and enjoy all the Wright Brothers National Memorial has to offer as we honor the Wright Brothers and the Aviation community on National Aviation Day.  Hours 9:00 am-5:00 pm.

Tuesday, April 18th, actors portraying Wilbur and Orville dropped by fourth grade classes at First Flight ElementarySchool. The visit was to recognize Wilbur Wright’s 150th birthday on April 16th. A representative from the National Park Service at Wright Brothers Memorial Park joined Wilbur and Orville to explain the NPS Kids in the Park program. Open to all fourth graders nationwide, get program information at https://www.nps.gov/kids/index.cfm 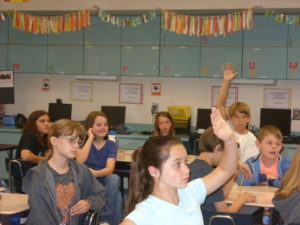 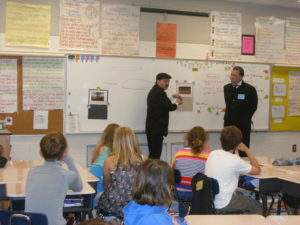 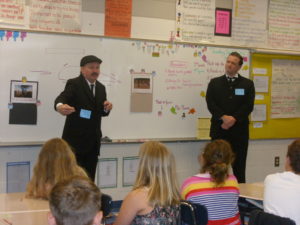 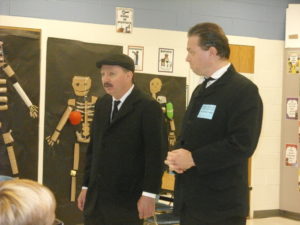 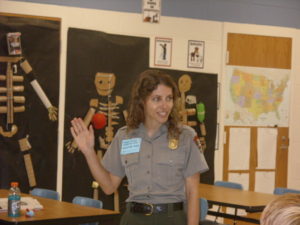 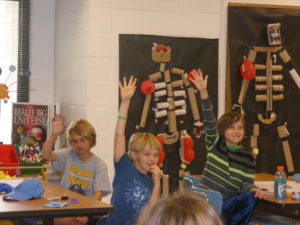 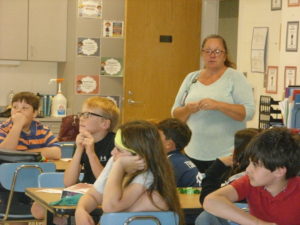 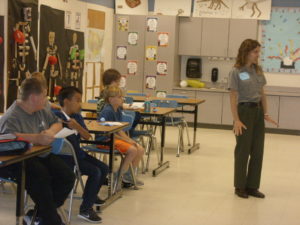 First To Achieve Successful Powered Flight In A Heavier-Than-Air-Machine, 1903

The Wright brothers made the world’s first four successful airplane flights on the cold, windswept sands of North Carolina’s Outer Banks. Their “Flyer” lifted from level ground to the north of Big Kill Devil Hill at 10:35 a.m. on December 17, 1903. Orville piloted the 605-pound machine during the first flight, traveling 120 feet in 12 seconds.

Although Wilbur achieved the best results of the day on the fourth and final flight, 852 feet in 59 seconds, it is Orville’s earlier flight that is best remembered. As Orville later described:

“This flight lasted only 12 seconds, but it was nevertheless the first in the history of the world in which a machine carrying a man had raised itself by its own power into the air in full flight, had sailed forward without a reduction in […]

Lieutenant Thomas Etholen Selfridge, a young West Pointer from San Francisco, joined the Aerial Experimental Association as an observer for the United States government. He corresponded with the Wright brothers on behalf of the A.E.A. and is credited with designing the A.E.A.’s first airplane, the “Red Wing.”

The group’s second machine was the “White Wing.” During tests of this airplane on May 19, 1908, at Hammondsport, New York, Selfridge piloted the craft on a flight of 100 feet. This was the first solo flight by a military officer.

Later the same year, during tests for the United States Army at Fort Myer, Virginia, Selfridge accompanied Orville Wright on the ill-fated flight of September 17. A broken propeller sent the Wright “Flyer A” out of control. Despite Orville’s best efforts to right it, the machine fell 75 […]