The brothers worked for many years developing the mechanical skills and solving the problem of flight, specifically, how to steer the aircraft effectively and maintain equilibrium. Their experiments and collection of data made it possible for the Wrights to design and build wings and propellers that were more efficient. Numerous glider tests followed, that not only helped them tweak the problems with the aircraft, but also provided them with pilot training they would need to fly.

The brothers searched for a place to test their ideas and equipment. They found this ideal location at Kill Devil Hills, then known as Kitty Hawk. They set up camp and began testing, first with the gliders from 1900 to 1903. 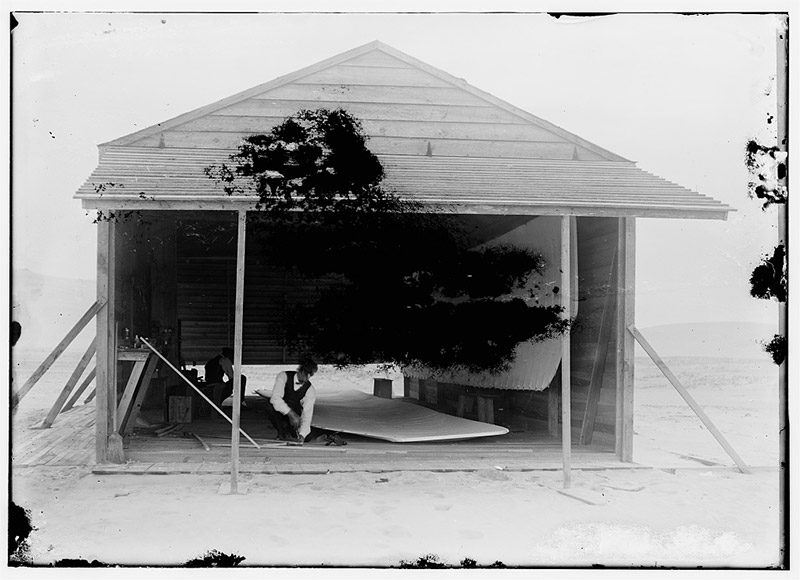 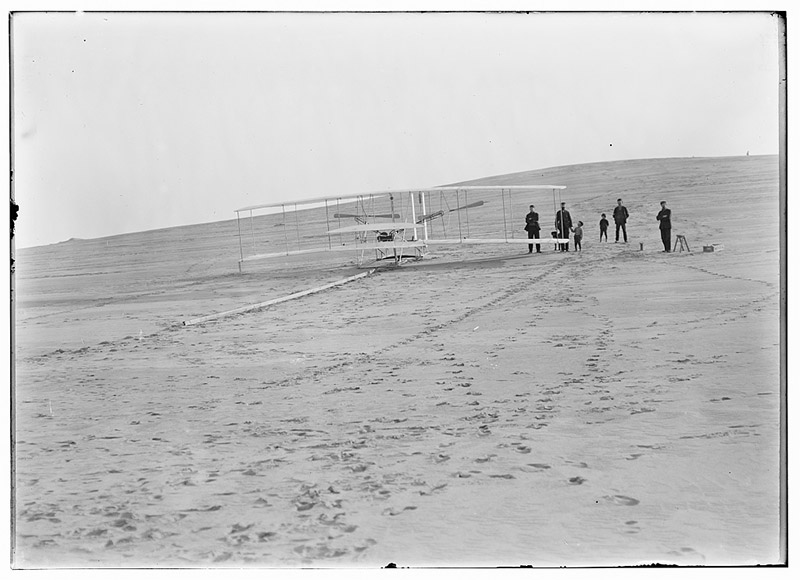 It was not easy. Several problems occurred causing weeks upon weeks of delays as parts broke and replacement parts had to come from Dayton, Ohio. Wilbur won the first coin toss and a first attempt of flight was made on December 14, 1903. Unfortunately, the aircraft stalled after takeoff that caused minor damage to the Flyer. Wilbur blamed this on inexperience with flying the airplane. 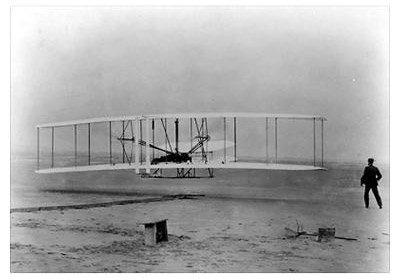 The weather conditions were not ideal. A headwind of 27 miles per hour greeted the brothers. Orville was at the controls. And at 10:35 a.m., the first manned, controlled, powered flight occurred – 12 seconds, 120 feet, 6.8 miles per hour over the ground, for a total airspeed of 34 mph. This flight was captured and recorded in the now famous photograph by John T. Daniels.

Orville and Wilbur took turns and flew three more times on that day and increasing their distance with each flight. Wilbur’s second flight, the fourth and final flight that day, was 852 feet in 59 seconds. The brothers had achieved their dream.

“The desire to fly is an idea handed down to us by our ancestors who, in their grueling travels across trackless lands in prehistoric times, looked enviously on the birds soaring freely through space, at full speed, above all obstacles, on the infinite highway of the air.” – Orville Wright