Save the date of Saturday, September 29, 2018 for the reopening of the Wright Brothers National Memorial Visitors Center! Here is the information we have from the National Parks Service:

The National Park Service is excited to announce that the Wright Brothers National Memorial visitor center will reopen on Saturday, September 29. Details for a grand reopening event will be announced later this month. 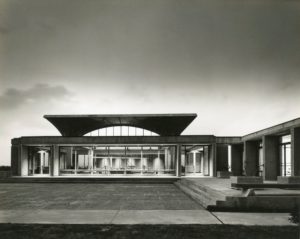 First opened in 1960, the Wright Brothers National Memorial Visitor Center was designated as a National Historic Landmark in 2001. (NPS Photo)

Since the winter of 2016, the Wright Brothers National Memorial Visitor Center, a National Historic Landmark, has been closed for a project to preserve and restore its architecturally significant features and to rehabilitate its mechanical and electrical systems. The $5.8 million rehabilitation project was awarded to Group III Management, Inc. (Kinston, North Carolina). 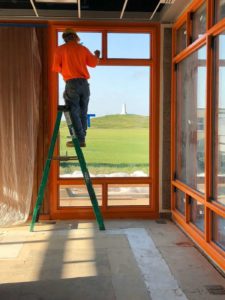 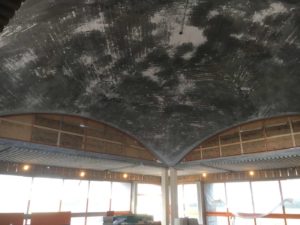 Inside the Flight Room during visitor center renovations. (NPS Photo)

While the visitor center has been under renovation, staff were busy managing a separate project to design, fabricate, and install all new interactive exhibits. The fully accessible exhibits reveal an intimate look at Wilbur and Orville Wright, along with their inspirations and setbacks in achieving flight. The exhibits highlight why they chose Kitty Hawk for their flight experiments from 1900-1903 and what life was like for the brothers during their time in the Outer Banks. The exhibits also highlight people who helped and interacted with the Wrights, like their sister Katharine Wright, Paul Laurence Dunbar, Octave Chanute, Bill and Addie Tate, and Charles Taylor. In addition to all new exhibits, a 16-screen video wall features images of Wilbur and Orville, Wright flying machines, inspirational quotes, images of flight, and select scenes of flight. The $1.5 million exhibit project was awarded to Formations Inc. (Portland, Oregon). 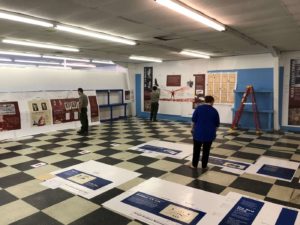 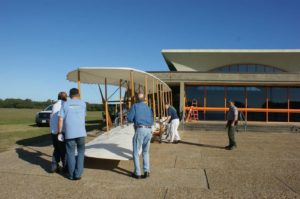 During the renovation project, the reproduction 1903 Wright Flyer spent most of its time at the North Carolina Museum of History in Raleigh, North Carolina.

Rest assured that the First Flight Society will be participating in the grand reopening event.