Wright Brothers National Memorial, in partnership with Outer Banks Forever, First Flight Foundation, and First Flight Society, will celebrate the 50th anniversary of the Apollo 11 moon landing with a series of events from July 18-20.

On July 20th, the 50th anniversary of the Apollo 11 moon landing, the public is invited to watch a special rebroadcast of the news coverage of the original lunar landing outside the visitor center. Some visitors may remember that 50 years ago, on the evening of July 20, 1969, Wright Brothers National Memorial hosted a live news broadcast event for the Apollo moon landing. This year’s rebroadcast event allows visitors to reminisce about their experiences 50 years ago and exposes new audiences to this monumental moment in our history. 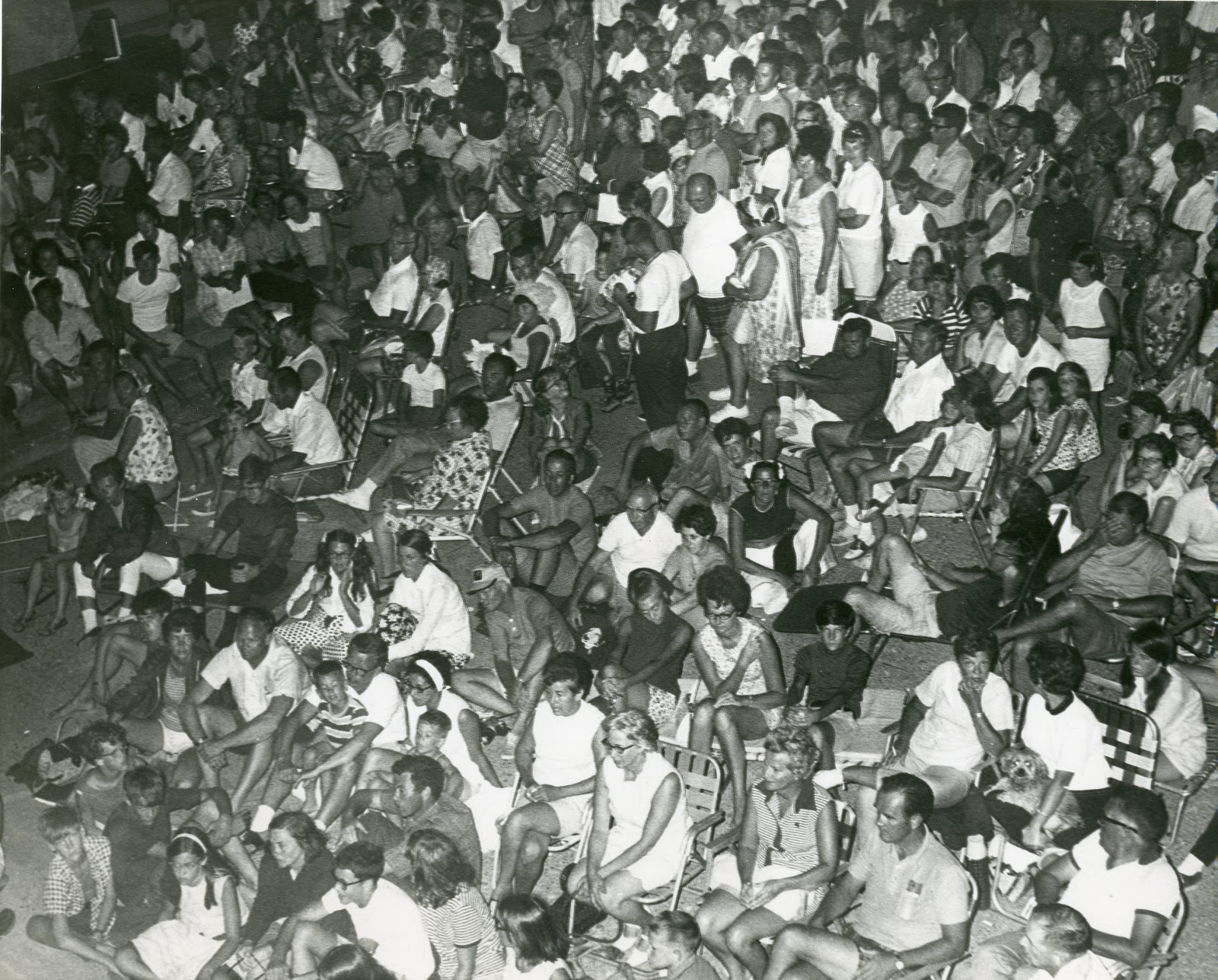 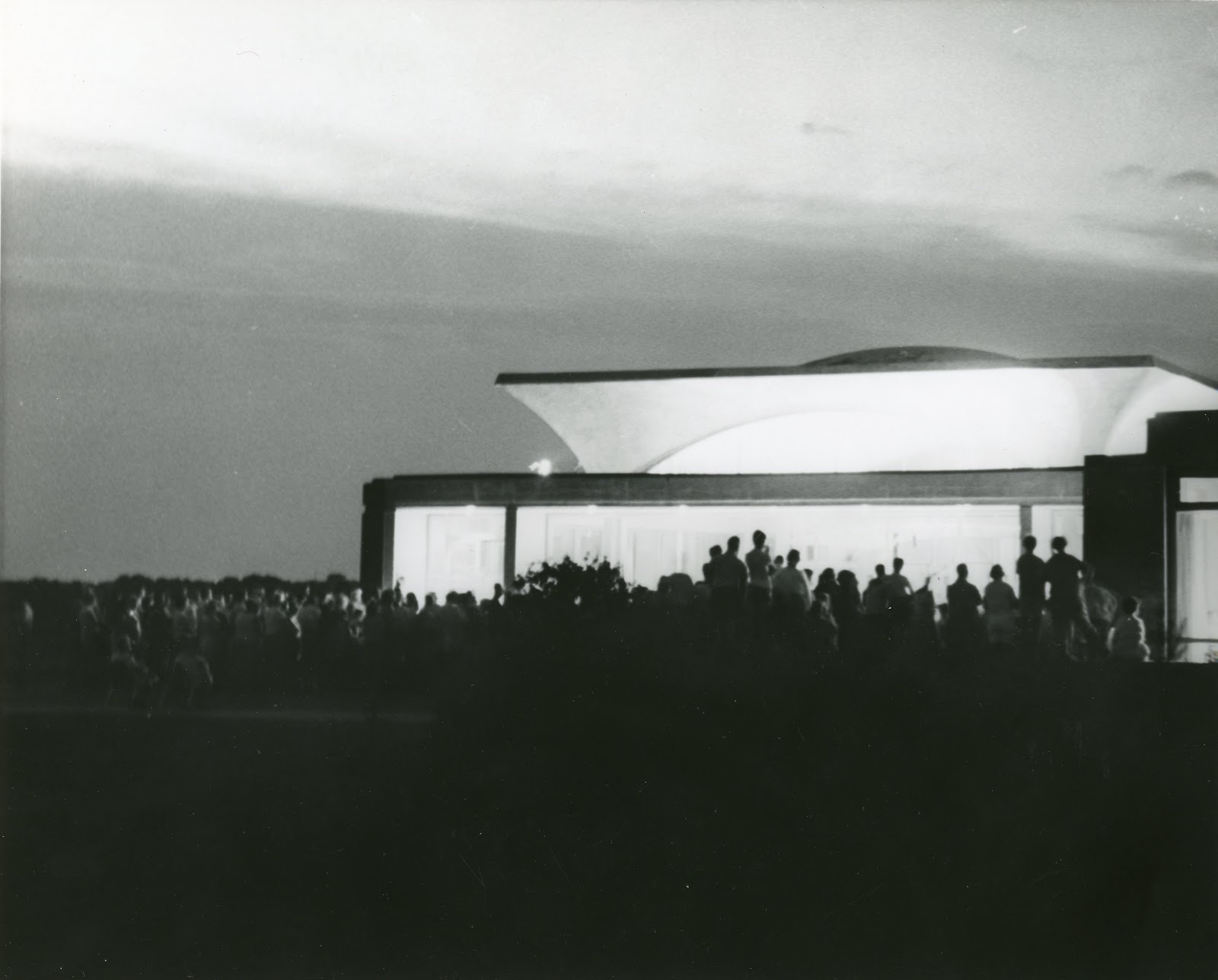 Visitors outside the Wright Brothers National Memorial Visitor Center watching a live broadcast of the moon landing
the evening of July 20, 1969.

Wright Brothers National Memorial will remain open until 9:30 pm and park admission fees will be waived on July 20. Throughout the evening, visitors are encouraged to participate in a costume contest by dressing up as astronauts, or in 1960s attire. Beach chairs or blankets for comfortable viewing of the rebroadcast event is recommended.

A detailed schedule of events for the entire weekend will be released soon. For more details about the July 20th rebroadcast event, go to Outer Banks Forever’s One Giant Leap: 50th Anniversary of Apollo 11 Moon Landing page. 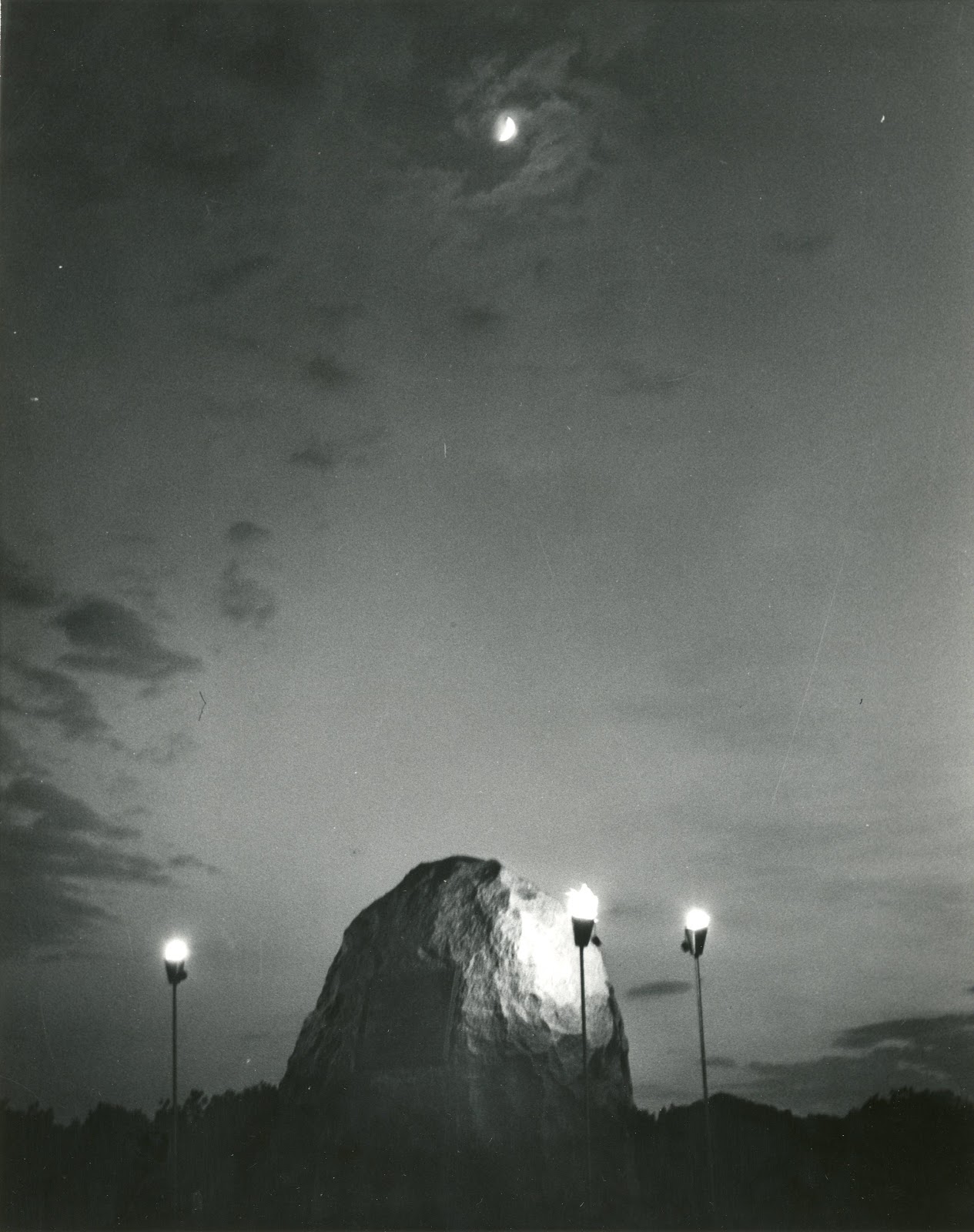 The moon above the First Flight Bounder the evening of July 20, 1969.